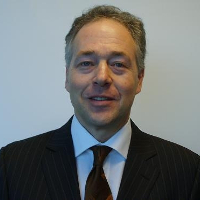 Wolf Frenkel is the General Counsel and Chief Compliance Officer of BearingPoint, an independent management and technology consultancy operated and owned by its 160+ Partners and currently employing more than 3900 employees in 30 offices located throughout Europe, and internationally. In this role, Wolf is responsible for providing comprehensive legal, compliance and business support to the senior management team, and manages a legal and compliance staff of over twenty people.

Prior to joining BearingPoint, Wolf had a ten-year career at Sun Microsystems, as Deputy General Counsel, for the EMEA Region, managing a group of more than 30 attorneys. Before relocating to Europe in 2003, Wolf was based in the Bay Area, providing legal support to various Sun divisions, in technology acquisitions, inbound licensing and other intellectual property related areas, and prior to Sun, at Robert Half, and The PMI Group.

Before relocating to the Bay area in 1994, Wolf was in private practice in Montreal, Quebec, where, for more than 10 years, he represented numerous start-up and mid-sized technology and manufacturing concerns in mergers and acquisitions, international and domestic licensing arrangements, joint ventures and real estate development projects.

Wolf is a graduate of McGill University, earning a Bachelor’s degree in Psychology, 1980 and a graduate of the University de Montreal Law Faculty, earning his LL.B. in Civil Law, 1983. Wolf was admitted to the Quebec Bar in 1984 and is currently an active member of the California State Bar since 1992. He currently serves as a European board member and secretary of the Association of Corporate Counsel.