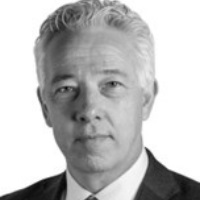 Steve is Head of Thomson Reuters Market Insights Advisory Group.  He has been one of the leaders in consulting to professional firms for more than two decades.

He has advised many of the world’s leading firms, including: Allen & Overy, Ashurst,
Baker McKenzie, BNY Mellon, Clifford Chance, Cushman & Wakefield, Dentons, EY, Grant Thornton, Herbert Smith Freehills, Hogan Lovells, Linklaters and PwC as well as many leading businesses in their own countries.

Firms in fast changing markets are always looking to their future: formulating growth strategies, looking for mergers or alliances; and planning for the changes in organisation and culture which such ambitions demand. Steve’s role is to facilitate that process – based on robust research, analysis of financial performance, market intelligence and client feedback he and his colleagues help our clients plan and manage the way forward.

Steve has advised clients in the US, Europe, the Middle East, Africa, LatAm and Asia. Most recently he has been helping a number of global firms with their strategies in emerging markets and local firms with their response to the internationalisation of their markets.

Having worked originally for Deloitte, PwC and Dentons, Steve became Manging Director of Gracechurch Consulting and then Redstone which was acquired in 2017 by Acritas and in turn by Thomson Reuters.

Steve has first degrees in Chemistry and in Theology and an MBA from Henley. He is a visiting lecturer at Henley and a judge for the annual Managing Partner Awards. He speaks on webinars and widely at conferences around the world on developing strategy and making it a success.