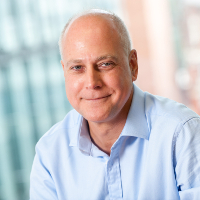 Richard is an IT Director/CTO with 20 years’ experience in acquisitive law firms. He has designed, shaped and led business technology-driven change and innovation. Placed in the UK’s CIO magazine 100 league table for the last 4 years and the top 20 legal sector CIOs, he is a closet entrepreneur with a reputation for being a lateral thinking solution finder. Currently CTO of DWF LLP and Chairman dwf360 Ltd,. He has expertise as part of an Executive Board, Service Delivery Executive and Risk Committee Member. DWF by design has a perpetually restless active/aggressive innovation agenda which gained recognition in the press and sector and many awards including being listed with the CEO as part of Law Firm Management team of the year.

DWF now operates in more than 25 locations in the UK, and internationally, DWF has significantly extended its geographic coverage during since 2011 with many mergers, acquisitions and lateral hires which accelerated its position to the around the 17th largest firm by turnover in the UK. It was £95m turnover in 2011 and now £235m with 2700 employees, DWF’s expansion brought with it challenges, success and notoriety for all aspects of the business and substantially so for the IT group.