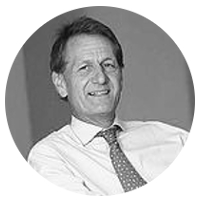 Peter is a Partner of the firm and manages its investor relations function, as well as being a member of its Investment Committee. Prior to joining Metric Capital Partners, Peter served as Managing Director in charge of Stakeholder Relationships for Terra Firma Capital Partners. In his role, he focused on Terra Firma’s relationships with investors, regulators, governments, banks and media as well as having an active role in Terra Firma’s investment committee and business development activity. Previously, Peter was the Global Managing Partner of Clifford Chance, one of the world’s leading international law firms with over 3,500 lawyers in 30 offices. During his 36 year tenure with Clifford Chance, Peter became a trusted adviser to the CEOs of some of the world’s largest companies and oversaw Clifford Chance’s best ever financial performance in 2005-2006. Peter holds a BA (hons) in Economics and History from the University of Exeter. Peter is a Non-Executive Director of Circle Holdings Plc and a member of the International Advisory Board of the Madrid Business School.