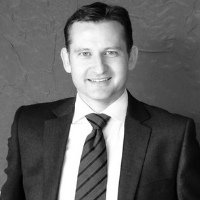 Kenny heads the Outsourcing, Technology & IP legal team at the Royal Bank of Scotland. He joined the bank is 2006 as a legal counsel and has progressed to lead the full team, sitting on the department’s Senior Leadership Group. Prior to joining the bank, Kenny worked in private practice and as sole in-house counsel at Graham Technology plc. He has led on some of the largest technology outsourcing projects in the UK and is now additionally responsible for the bank’s role out and adoption of legal technology. He holds a Masters in IT & Telecommunications Law and regularly presents at legal conferences in the UK, co-chairing the joint In-House Counsel Worldwide/Canadian Corporate Counsel Association conference held in Toronto in 2018. Kenny was named the In-House Lawyer of the Year at the 2018 Law Awards of Scotland and the 2019 Scottish Legal Awards, and “Individual of the Year” for Outsourcing Strategy at the 2019 Legal 500 Awards.