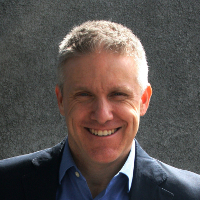 David Stuckey is the Executive Editor of CEE Legal Matters — a print and online publication that is the leading source of information for and about the legal markets of Central and Eastern Europe. An American lawyer who practised for many years in the San Francisco office of Paul, Hastings, Janofsky & Walker, David was also the Commercial Director of the Legalis Global legal recruiting consultancy from 2007-2013, in which capacity he was responsible for a number of significant office openings and team moves across CEE. He also opened up the Legalis offices in Mexico City and Sao Paulo, Brazil. He has lived and worked in Vladivostok, Berlin, Moscow, Sao Paolo, Boston, San Francisco, Seattle, St. Louis, and Prague, among other places, and now calls Budapest his home. He received a B.A. from the University of Michigan in 1989, an M.A. from St. Louis University in 1995, and a J.D. from the University of Virginia School of Law in 2001.