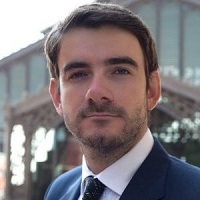 Daniel has over 16 years’ experience in the legal sector. He spent four years at Chambers & Partners in London and was the Editor of the first three editions of Chambers Asia Pacific, launching the first edition in Singapore in 2008. During his time at Chambers he was responsible for every ranking table in the directory, reviewing thousands of submissions and coordinating the work of a team of 15 researchers. He also contributed to the company’s European, US and Global directories.

Since leaving Chambers in 2010 he has been assisting local and international law firms across the world with their legal directory rankings, and other marketing and communications tasks. He has a consistent track record of helping firms across the world secure ranking improvements in Chambers, Legal 500, IFLR1000 and other specialist directories. A number of his clients have won Law Firm of the Year awards from various organisations.

Daniel is ranked as one of the 100 Leading Legal Consultants and Strategists by LawDragon.